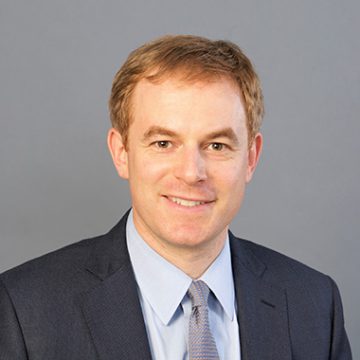 Eric Goldwarg’s litigation practice focuses on family law (including Collaborative Divorce), general civil disputes, landlord/tenant matters, criminal defense, and personal injury law. Prior to joining the firm in 2017, Mr. Goldwarg enjoyed a general litigation practice in Vermont and New Hampshire for five years, with a particular emphasis on family law. He also spent two years as a law clerk in Anchorage, Alaska, to Judge Patrick McKay of the Anchorage Superior Court and Judge Joel Bolger of the Alaska Court of Appeals, followed by a year as a law clerk to Justice Marilyn Skoglund of the Vermont Supreme Court.

Mr. Goldwarg is one of a small but growing number of trained Collaborative Divorce attorneys in Montana. He is a member of the International Academy of Collaborative Professionals and is committed to helping his clients navigate the stressful and emotionally challenging divorce process.

Mr. Goldwarg is married to Emily Ridgway, a third-generation Yellowstone-area physician. They have two young boys. When not in the office, Mr. Goldwarg can be found skiing, running, hiking, or bird hunting with his English setter. He also enjoys spending time at his wife’s family’s Elk Creek Ranch near Cody, Wyoming.

Bozeman attorneys with over 150 years of combined experience from which to draw upon.