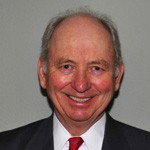 Mr. Coil is the senior partner and one of the founding members of the law firm. He is also a member of the State Bar of Montana, the Montana Trial Lawyers Association, the Gallatin County Bar Association (President 1991) as well as the American Association for Justice. Mr. Coil is admitted to the state and federal bars of Montana and the 9th Circuit. He has also taught Business Law, Taxation and Finance courses at Montana State University.

Mr. Coil has volunteered on various local boards and non-profits including Trout Unlimited, the Sourdough Volunteer Fire Department and two terms on the board of directors of the Bridger Bowl Corporation. He resides in Bozeman with his wife and has two grown children and 2 grandsons. He spends his free time skiing, fly fishing, mountaineering, bicycling, hunting, back packing and is a well known local photographer.

Sorry, to discourage spam we limit the number of entries that one can make. If urgent please call.