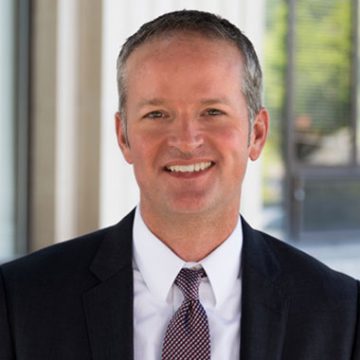 Ryan D. McCarty has practiced law in Bozeman, Montana since 2006. He became a partner at Angel, Coil & Bartlett in 2015.

Ryan graduated from Montana State University-Bozeman in 1998 with a B.S. in Biological Sciences. In between his undergraduate studies and law school he spent two summers working as a fishing guide in Alaska, in both Katmai National Park and Kodiak Island. He also spent a considerable amount of time travelling in the western U.S., Southeast Asia, Mexico, and Central America. Mr. McCarty then moved to Washington, D.C., where he was employed as a paid intern with the National Fish and Wildlife Foundation.

In 2002 Ryan returned to Montana to attend the University of Montana School of Law in Missoula where he received his Juris Doctorate in 2005. While in law school he was selected to be a member of the Jessup International Moot Court team, where he first developed an interest in oral advocacy and trial work. He also interned at the United States District Court in Missoula with the Honorable Leif Erickson, Federal Magistrate Judge. Ryan was a member of Phi Delta Phi legal fraternity and graduated with a cumulative GPA of 3.39.

After graduating from law school and obtaining his law license Ryan spent approximately one and a half years in private practice as an associate with Redmon Law Firm in Bozeman where his work focused primarily on transactional work and civil litigation, including real property disputes and family law matters.

Prior to joining Angel, Coil & Bartlett Ryan was employed by the City of Bozeman, where he served as a prosecutor in Bozeman Municipal Court for 3 years. Ryan was lead prosecutor in 30 misdemeanor jury trials and hundreds of judge trials involving all types of misdemeanor charges including minor traffic offenses, DUI, assault, trespass, criminal mischief, disorderly conduct, drug possession and theft. Ryan was acting as the interim chief prosecutor at the time his employment with the City ended.

During his free time he enjoys fly-fishing, floating Montana’s rivers, fly tying, bird hunting, hiking, camping, running, and spending time as much time as possible with his daughter and bird dog.

Ryan is devoted to ensuring that people know their rights and enjoys the opportunity to serve those in the Bozeman community and beyond. Ryan and the team at Angel, Coil & Bartlett are dedicated to making a change in the lives of individuals they represent and the families they serve. His current practice focuses primarily on criminal defense, personal injury and insurance matters, and family law.